“At Campbell Hall, we don’t just want to be known for our academic excellence, but our athletic excellence as well,” says Campbell Hall Athletic Director Kris King. “Unfortunately, high school and middle school sports aren’t as easy to follow as college and professional athletics. That’s why working with REPu is so important to us. Just by downloading and opening a simple mobile app, we’re able to showcase our athletic teams with the community and build interest and engagement.“

REPu was founded in San Diego in 2015 as an alternative means to the printed media guides that many prep sports teams are still offering to reporters, parents, families and community members. Thinking there was a better, more streamlined way to deliver sports news, notes and scores to the people who want them, REPu was born. Since its founding in 2015, REPu has gone on to be implemented by some of the most prestigious schools in the United States.

Some of the notable schools that are now using REPu include De la Salle, Harvard-Westlake, Loyola, Notre Dame, Valley Christian, Santa Fe Christian, among others. Campbell Hall is now joining the list of institutions that have found value in fostering more engagement around athletic events and activities.

“Our athletes are great in the classroom and they work extremely hard out on the field, court and diamond,” King continues. “We are always looking for ways to inform our community about our athletic teams, REPu provides a seamless way to inform everyone from family, alumni, administrators, to college recruiting coordinators. We intend to maximize the use of the platform to its full potential so we can be sure that our athletes and school benefit as much as possible from the additional exposure.“

The home for sports on mobile, REPu can be downloaded from the Apple Store or Google Play. Users can even brand the app to reflect their school and show off their pride. Once downloaded, users are connected via secure messaging, push notifications, photos, news, videos, real-time scoring and more. Administrators can easily add games, edit rosters, communicate to parents and other users, and even integrate with live stream networks to take the action right to the screen. REPu also offers opportunities for organizations to sponsor or advertise, which can drive revenue back to businesses and the greater community.

“When we created REPu, we wanted it to be the ultimate high school sports engagement platform,” says REPu founder Jason Buscema. “It’s exciting to see so many schools now using it just as we intended it to be used. We’re proud to welcome Campbell Hall to the REPu family.“

REPu is the premiere high school and club sport community-building platform. Founded in 2015, the service has come to be utilized by some of the most prominent prep schools throughout the country. Learn more at www.gorepu.com. 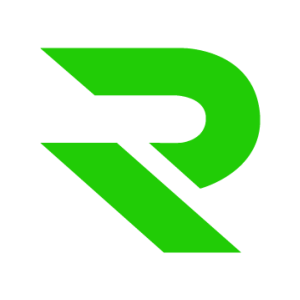 Build stronger sports communities. REPu is about high school and club sports. Your fans and community are important. Our job is to make sure you're always connected to them.