SFC nearly doubled revenue to the athletics department from their app

The athletic department at Santa Fe Christian School in Solana Beach, California has worked with REPu  to deploy a highly successful mobile application, as part of a complete digital platform. In the first year the school launched the app, the SFC Talon, their athletic department was able to achieve a 40 percent increase in revenue year on year.

In addition to opening up new sponsorship opportunities, which provided important funding for a variety of teams at the school, the app also provided a new way to help SFC stay closer to its fans. With game schedules &amp; scores, news & interviews, video highlights, dynamic rosters, social integration, customized notifications, and more, the app provides a one-stop shop for fans to keep in touch with their favorite SFC teams. The app is branded under the SFC name, and the school has complete control over the content that appears in the app.

For Chad Bickley, athletic director of Santa Fe Christian School, the rollout of the new application has been wildly successful.

“Any time you have the opportunity to nearly double revenue just by making one simple change, that’s sort of a no brainer for me,” Bickley said. “We also like to build a sense of community around our teams, and deploying the REPu platform has helped us start building that community in the digital world as well. Our experience with the app has been awesome so far.”

After the successful launch at Santa Fe Christian, REPu will now be working with high schools and colleges across the country to deploy similar custom-branded apps. Schools will be able to choose between two different versions depending on their needs and budget. The app is delivered as part of a complete digital platform, which also includes an athletics website and a simple-to-use content management system (The REPu Dashboard).

To learn more about REPu, and to find out if a custom-branded app might be right for your school’s athletic department, visit us at gorepu.com today. You can also check out the SFC Talon app to learn more about the success that Santa Fe Christian School has had as a result of working with REPu. 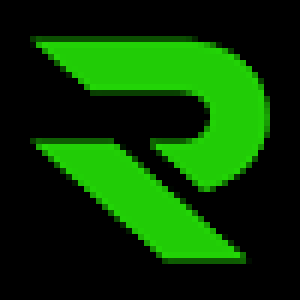 Antonina is the Customer Success (CS) lead for REPu. In her role, Antonina is responsible for client onboarding, product education, and enhancing the overall user experience. Antonina has a passion for people and enjoys building customer relationships and focusing on our client's success.

Antonina was a competitive athlete and has developed a deep love for athletics, especially the camaraderie and structure they provide.